alARM - The One That Really Works 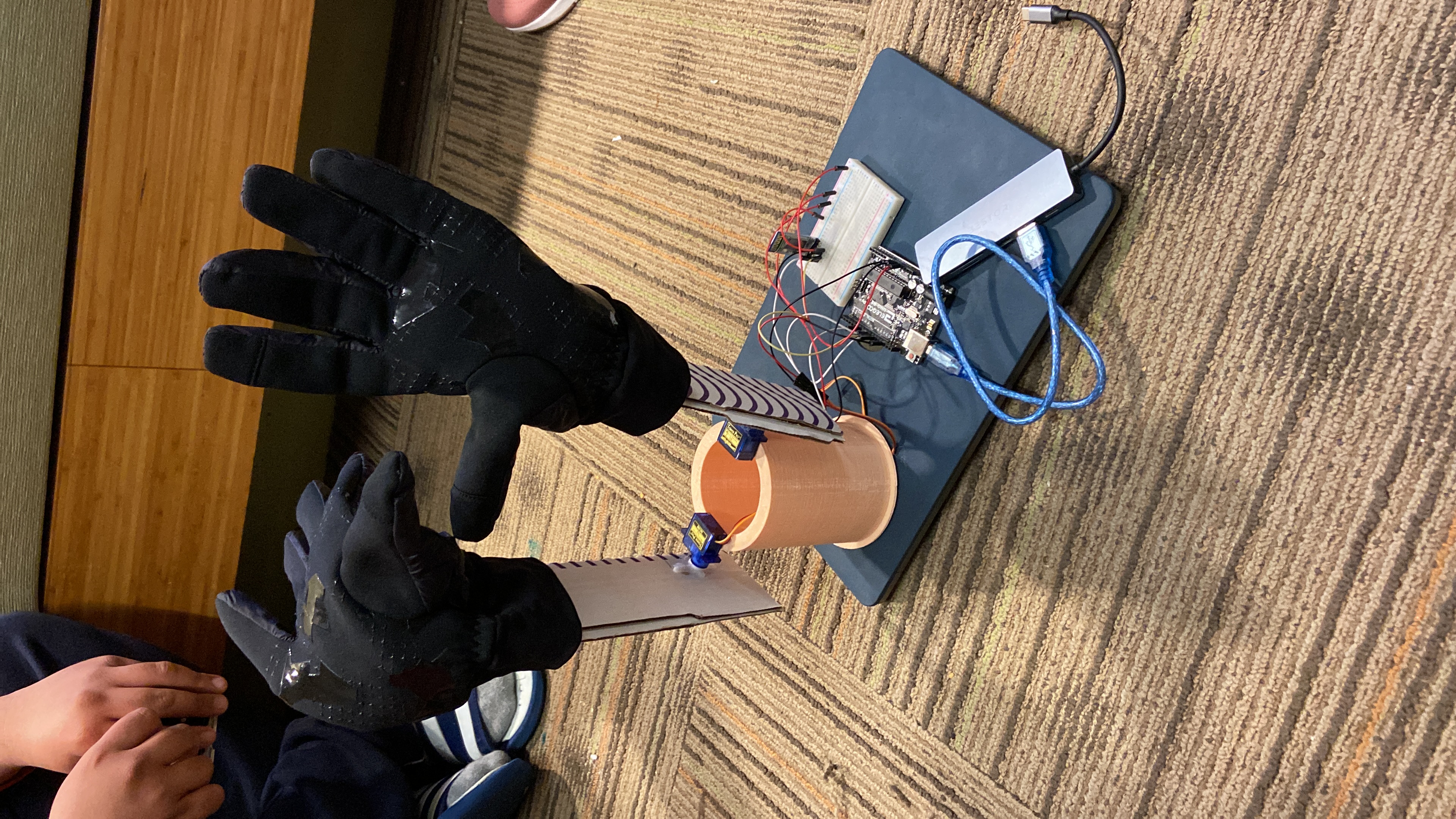 alARM is a project developed for heavy-sleepers who are unable to wake up at the convince of alarms due to the fear of disturbing their roommates with the alarm ringtones.

This project was inspired by the experiences and struggles of college students living in dorms, who find it difficult to wake up for their early classes (due to sleeping late) without disturbing their roommates with the alarm ringtone. In order to avoid this, we aimed to create an alternative to alarms - i.e. alARM - a robotic arm which helps one wake up through movement rather than sound.

Our project consists of two portions - hardware and software. The hardware portion was mainly creating a robotic arm (including the motors, circuit, and breadboard), while the software portion involved programming the robotic arm to move up and down. In addition, we also created an Android app which sends user's commands via bluetooth to the arm to perform a certain movement at a particular time.

We used Arduino UNO and the HC05 bluetooth module to build the main circuit of the robotic arm, and even 3D printed the support for the arm. In terms of the software, we used the Arduino IDE to program the breadboard and in general the arm. We also ended up using the MIT App Inventor created the Android app; however, we also used Xcode to create an iOS version of the app.

We initially planned to create an iOS app with Swift to complement the robotic arm, as we were using HM10 bluetooth module, which is compatible with the programming language itself and in general iPhones. However, we realized that both HM10 and Pioneer bluetooth modules were corrupt, so we had to use HC05, but the bluetooth 2.0 signals emitted by this particular module couldn't be recognized by iPhones. Therefore, we had to use the MIT App Inventor to create an Android app to perform the operations.
In terms of hardware, we learnt everything from scratch as neither of us had any prior hardware experience, especially with Arduino. In addition, we also had problems connecting to the bluetooth, but we eventually were able to figure it out after testing multiple bluetooth modules.

We are proud of all that we have learned and achieved in the past 24 hours and are amazed by the progress from the starting few hours. We learned how to use computer hardware from scratch, and also learned multiple new programming languages none of us had attempted before. This included the working of Arduino, the Arduino IDE, MIT App Inventor, Xcode and Swift, app development, Breadboards, as well as Bluetooth modules. We were challenged by a lot of technical issues in hardware resources, particularly the bluetooth modules, but we stuck to our ideas and met our goals by finding ways and solutions even when everything felt hopeless.

The overall experience was very satisfactory and exciting. We learned how to use the 3D printing software called Fusion 360. We also learned how to connect an Arduino board to an android application via Bluetooth. Since C++ was the only compatible language with Arduino IDE, we gained an understanding of the same and the software serial TX RX library for Bluetooth connections.

For future improvements, we plan to add a water sprinkler system as another gesture to help wake a person up, a snooze feature, and the ability for alARM to change the intensity/force of its movement.