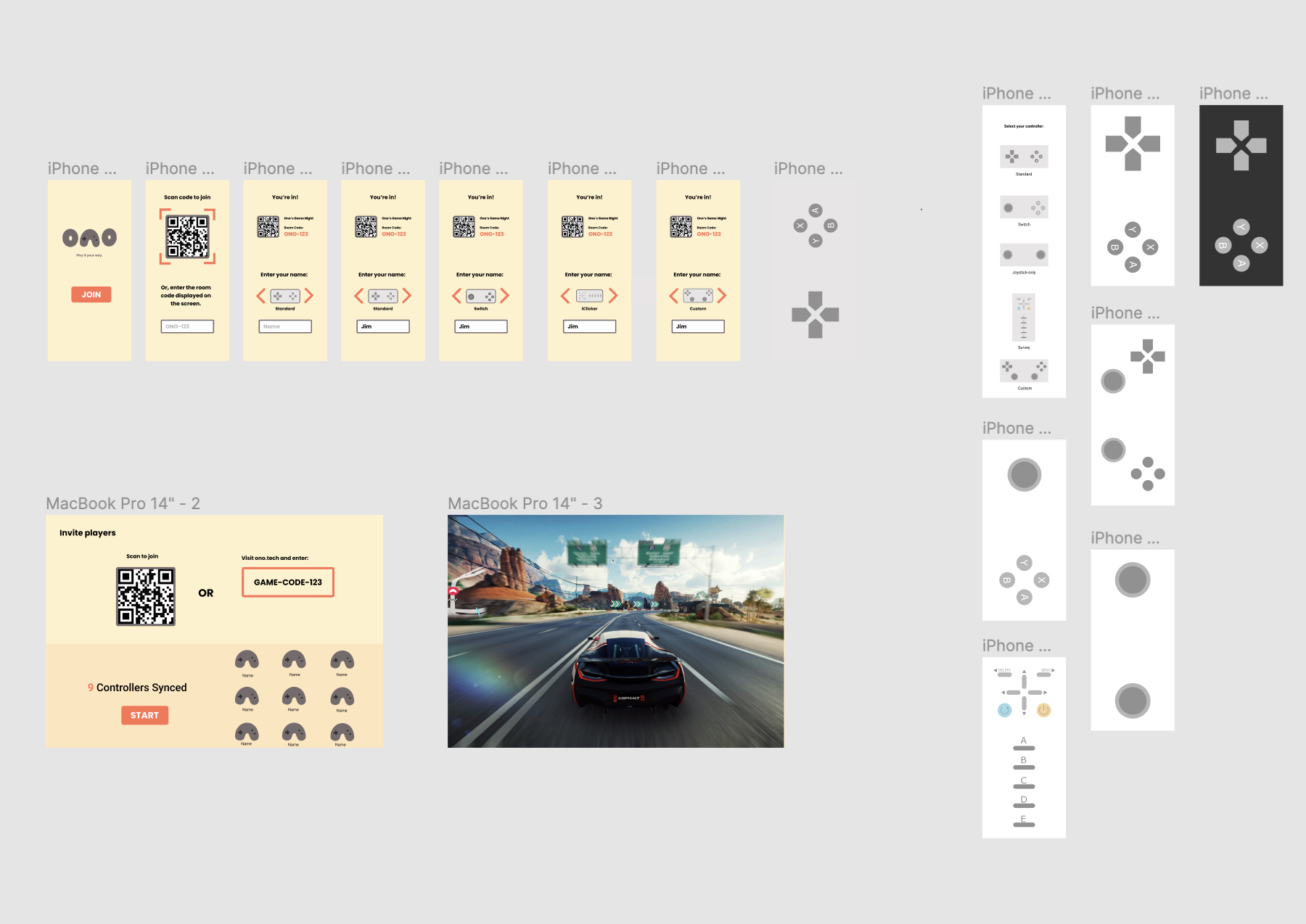 Ono makes gaming accessible. Players can connect their smartphones to a shared device, and play their favorite games – no need for a console or controllers.

Oftentimes, we want to play video games on consoles together with our friends, but we don’t have enough controllers. We wanted to create something that could allow many players to join in on the same game without buying extra devices.

This app will allow everyone with a smartphone to use their phones as controllers and play multiplayer games together on a shared screen. The app will have the ability to connect to a computer and send signals over, allowing smartphones to function as video game controllers, joysticks, and more.

We did the prototyping in Figma and attempted to begin figuring out how to write an app to use a button press on a phone to press a key on a macbook. We all had limited coding experience but we tried our best, downloading x-code and watching tons of tutorials and searching online. Although ultimately, we weren’t quite successful fully carrying out our idea, we were able to display our idea through the user interface designs.

As it was our first time entering a hackathon, we struggled a lot coming up with an idea that was feasible within 24 hours. The time limit was also a challenge. We had limited coding experience and none of us had built an app before.

Some of us have never used Figma before, and have never had any experience with interface design. Designing the interface was a big accomplishment that we were proud of. Even though our idea was a bit too technologically advanced for us to achieve, we learned a lot from online tutorials and have started writing our first lines of code in swift.

We learnt how to work as a team, how to design a user interface, and some very basics about writing Swift code.

In the future, we plan on adding more controller types so that it can be used for more platforms, and perhaps even develop uses for the app outside of gaming.

We created the user interface in Figma.